Home
Articles
The Problem With Slang in Deposition and Trial Testimony

The Problem With Slang in Deposition and Trial Testimony 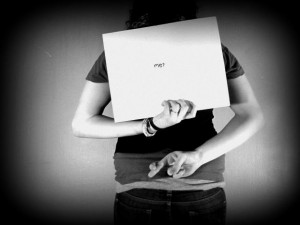 It goes without saying that in order to be effective, testimony from a witness needs to be precise. The entire purpose of deposition or trial testimony is to get the facts from a witness as clearly as possible to help the jury or judge understand the information that they are providing. An entire case can turn on whether the witness is clear and understandable. Consequently, phrases like “a lot” or “sometimes” are grating to a lawyer’s ears, because they are open to so many conflicting interpretations. A good lawyer will make sure that if a witness utters something ambiguous, that it is clarified so that it is not only clear, but that it can’t be used against them. This is especially true with slang, which are by their nature novel, imprecise, and defy traditional means of definition. To many lawyers (and much of the population), most if not all slang is essentially a foreign language.

For instance, in one of my favorite depositions that I’ve had the pleasure of attending, the witness remarked that another person had called her “shawty,” which led to the fantastic follow-up question: “he called you short?” In another, when asked if he knew a particular individual, the deponent said that he didn’t, but he “may chuck him the deuces every once in a while.” The lawyer didn’t bother trying to define that phrase, but instead made a record that the witness “just held up two fingers.” And here is where the problem lies. It is entirely probable that everyone left that deposition with different interpretations of what was just said. The deponent obviously knew what he was trying to convey. I thought I understood him. The other lawyer that didn’t ask any follow-up questions almost certainly had no idea what he was saying.

So I suppose it’s not a surprise that in seeking clarity, lawyers are increasingly turning to other resources, such as Urban Dictionary, to help define slang. The problem with this approach is that the entries on Urban Dictionary, like Wikipedia, are entirely user-generated and edited. Thus, any term can have multiple, and sometimes conflicting, definitions. Take “shawty,” for example. According to the entry in Urban Dictionary, it can mean anything from “a fine-ass woman,” “a sexy gurl [sic],” to “a greeting, farewell, or in the place of peoples [sic] names or pronouns.” To “chuck a deuce” similarly has multiple interpretations. That term can be a means of saying hello, goodbye, or most interestingly (and/or bafflingly), “[w]hen on acid, you spin a slinky really fast in front of a bright light, you’re chucking a deuce when you get two circles to form.”

This confusing jumble of definitions shouldn’t be surprising. Slang by its definition is a malleable, constantly evolving concept. It’s supposed to be confounding to people that don’t understand it. And because lawyers are often far-removed from the circumstances of their clients or the people that they are deposing, whether in race, culture, or socio-economic status, it is important that we seek to clarify what is being told to us. But just as reliance on Wikipedia is never a good idea for a lawyer, reliance on Urban Dictionary is even more tenuous. It may be a good place to start, but as seen above, it certainly shouldn’t be considered definitive.

So what’s a lawyer to do? As with all testimony, the “correct” definition of a terms isn’t as important as the subjective understanding of the term to the witness. Take shawty up there. Using the most common interpretation as defined on Urban Dictionary, it could reasonably be assumed that the man in question was calling her sexy, or was otherwise referring to her affectionately. However, in responding to the question of whether she was being called short, she defined the term as “something that a black male will call any woman he doesn’t know the name of.” That definition is nowhere to be found on Urban Dictionary, but given the circumstances, it was the “right” one, because that’s the way she understood the term. It’s certainly something that any lawyer should keep in mind when eliciting testimony: if the witness says something that you’ve never heard of, make sure to clarify exactly what they think it means.