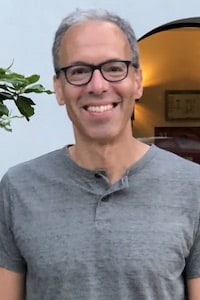 John Mesirow, for the seventh consecutive time, was listed among the Top Personal Injury Lawyers by Washingtonian magazine.

John Mesirow began his legal career in 1991 in the Northern Virginia office of a large Baltimore firm. The majority of his work dealt with commercial real estate transactions. Preferring a more people-oriented practice, and wanting to make a difference in the lives of real people, in 1993 he decided to start his own firm.

We Have Following Locations to Serve You:

John’s efforts were recognized by Washingtonian Magazine, which named him one of the top personal injury lawyers Washington DC. Based on client referrals, he watched his practice grow with each passing year. Having started his practice 20 years go with no clients, John understands the importance of developing a personal relationship with each client. Every client gets his cell phone number. Whenever a question arises, John is available to answer it. Aggressive representation, combined with this personal touch, has resulted in good outcomes and satisfied clients. That’s how John successfully launched his firm. The continuation of this philosophy contributes to the success of Mesirow & Associates.

Association of Trial Lawyers of America